Factors to Consider Before Buying

Can Google Workspace Be Used in China?

We constantly being asked regarding this question by our customers or even at Google’s conferences. Some people claim that Microsoft’s Office 365 can be used in China, while Google Workspace can’t be. But is this true? To find out the answer, please scroll down.

There Is No So-called China’s Version of Google Workspace

In China, the Office 365 operated by 21Vianet version of Office 365 is specific to China. Microsoft does not operate the service itself. This Office 365 not only sold separately from other countries, but also cannot be used to log in to use other Office 365 version that is not specific to China. In addition, the “China version of Office 365 is authorized by the government of Chinato be distributed and used in China. While for Google Workspace, there is no so-called “China version of Google Workspace” that is licensed by the government of China.

Use Google Workspace by Roaming During A Short-Term Business Trip

Roaming means that when you are travelling to areas that are not covered by your ISP’s service area, you can still have access to the telecommunications services (including access to Internet) through the network of a local partner of your ISP. If your SIM card uses a network in Hong Kong or Macau, the IP will be Hong Kong’s IP. Not only Google Workspace, but also social media platforms such as Facebook and Instagram can be used normally. However, because roaming is used to access the Internet through an IP outside of China, some local apps such as Didi may not be available. In other words, as long as you do not connect to China’s local network, you will not be affected by the China’s Golden Shield.

The most stable way to use Google Workspace in China is through MPLS because it will route the Internet traffic to networks outside of China, avoiding the risk of disconnection. However, this implies that users will only be allowed to access Google Workspace within their office building. In fact, there is an option that is faster and cheaper than MPLS, which is using SD-WAN. It is noteworthy that both SD-WAN and VPN are under the regulation of the Chinese government, and are therefore not able to guarantee a 100% stable network connection, especially with the VPN. The recent government of China seems to have more stringent control in VPN, so we suggest not to include VPN as a solution in the first place. By the way, whether you use Google Workspace through MPLS or SD-WAN, companies with 30 to 50 employees use approximately 20M bandwidth, while companies with more than 100 employees use approximately 50M.

Best Practice: Use a Local Mail System in China

For multinational companies that have branch offices in China, if it is not mandatory for that China branch to use Google Workspace, it is recommended to choose a legally authorized email system for the China offices while the other offices around the globe use Google Workspace. For this, just need to ensure that the two systems can send and receive emails to each other without any issue.

Google Workspace is Not So Recommended to be Used in China

Basically, a government-approved/ legitimate version of Google Workspace for China does not exist, and all transmission of data is under the surveillance of the government of China. Hence, the risk of blocking the connection with PoP by the government of China still exists as SD-WAN is an encrypted transmission technology. Google Workspace is such an inseparable part of an enterprise, and as people rely heavily on it in order to do their jobs, it has to be very stable and reliable. However, if there are many uncontrollable factors, the daily business will also be affected. Therefore, we do not recommend using Google Workspace for companies doing business in China. Apart from that, ccTLD for China, such as .cn domain cannot be used to apply for Google Workspace. For companies in China to use Google Workspace, they must use other domains, such as .com.

As a foreign entrepreneur managing a business in Malaysia, I believe it is proper to comply with all local laws and regulations. Even if some regulations seem unacceptable from the perspective of a foreigner, there is not much he or she can speak up.

All information on the Internet within China is controlled by the government of China. Currently, Google Workspace is not controlled by the government of China, thus, cannot be used normally in China. So far, none of the Google Partners can guarantee that Google’s services can be used in China without any problem. I truly hope that Google’s services will one day be freely used in any corner of the world.

Communications between Servers are Not Blocked 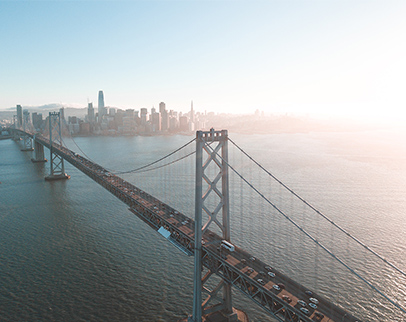 Do you wish to get a detailed explanation from our specialist?
Get in touch with us at +65 6914 6609, we’d love to hear from you.
Contact